A Comprehensive Guide to Energy Density in Wearables 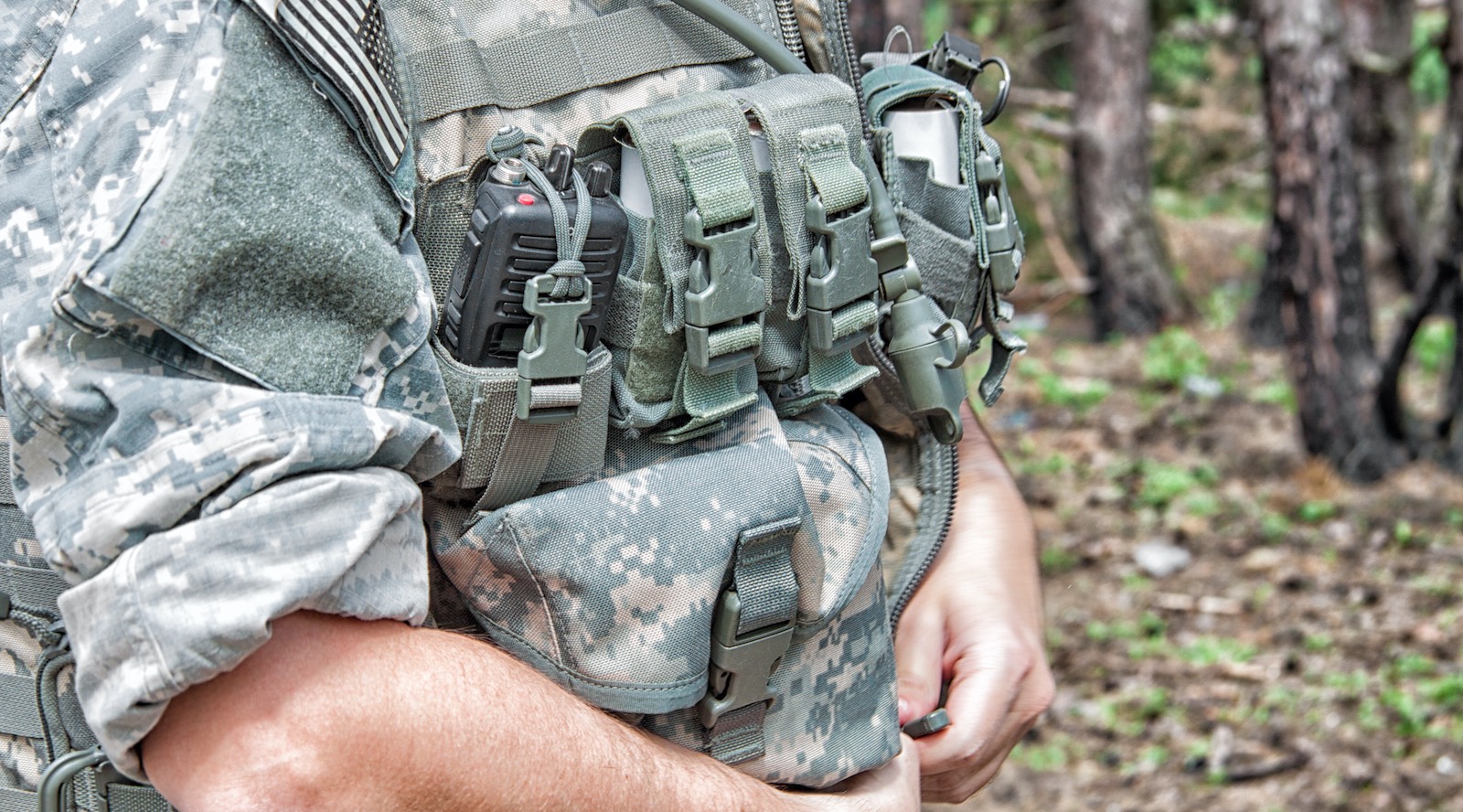 Wearable technology, in the form of hands-free devices, exchanges data using Wi-FI or Bluetooth. These devices perform important functions across various industries and applications, improving something about the wearer’s life or situation.

What is energy density?

Energy density is the amount of energy that can be stored in a system or an area. The more energy-dense something is, the more energy it has stored within it.

That energy can be released in four different ways: nuclear, chemical, electrochemical, or electrical reactions.

A battery, for example, has a certain amount of energy density. That density is important to how heavy an overall product is and how much power it has. Consider an electric car: it requires a battery with enough density for a good range without being so heavy that the car cannot move.

How is energy density used in materials?

High energy density materials can store and release a high amount of energy.

Flexible and wearable electronics have many applications; the opportunities for innovative wearables keep growing as technology improves. Smart fabrics, sensors, and other new materials are changing the face of wearables. However, wearables still require energy, or power, in some capacity, and that energy needs to come in the form of a lightweight, comfortable material.

What are the military applications of wearable technology?

There are a variety of military applications for wearables. Some examples follow.

What benefits do wearable tech offer troops on the battlefield?

One form of wearable technology is the Multi-Domain Operations Wearable, which is a way to monitor soldiers during battle. The wearable provides medical data and other information about each solider in real-time. It’s a light, flexible device that can be laminated onto the uniform, collecting vital signs, stress, environmental data and more.

This allows commanding officers and other people in authority to make decisions about what troops are doing based on real information rather than guessing.

How does wearable tech impact troop safety and effectiveness?

Many forms of wearable technology can keep troops safe and effective on the battlefield and elsewhere. For example, the biometric sensors noted above offer health monitoring in the field.  Wearables like printed heaters are safe and effective, keeping military personnel comfortable in harsh climates.

Are there privacy/security concerns with using wearable tech in the military?

With news that the Space Force will be using fitness trackers instead of a single fitness test, some cybersecurity experts are concerned with how technology can potentially be breached. That concern does have precedent, such as the Pentagon advising in 2018 to leave fitness trackers at home after app data showed maps outlining bases and patrol routes. Security practices and privacy considerations are paramount for wearable tech companies in the military sector.

How is wearable tech used in healthcare?

Some of the wearables that started in healthcare are now mainstream consumer devices. People are very used to wearing fitness trackers, monitoring their vital signs wherever they may be.  These devices, designed to collect personal health and fitness information, are an obvious example of wearables in healthcare but there are many more.

Many wearables in the healthcare industry are specific to the healthcare environment, in contrast to those that have made the leap to the mainstream. Something like an ECG monitor is less likely to be a consumer electronic device, but very helpful for patients and healthcare providers tracking heart health. The same goes for wearable blood pressure monitors and other biosensors.

How is wearable tech used in gaming and entertainment?

How is wearable tech used in the travel industry?

Wearable tech is well-established in the travel industry. Wearable virtual reality (VR) helps potential travelers understand their destination, accommodations, and other information about a trip long before they leave. And once on the road, augmented reality (AR) can provide an enriching self-tour experience to a curious tourist.  You might also spot wearable location-based devices at museums, providing enriching interactive audio and visual context to a museum tour.

How do teachers and students use wearable tech in education?

Wearable technology has a place in education, too, for students and educators alike. Smartwatches can record lectures and send notes. Smart glasses work similarly and can augment lessons with more information. Virtual reality devices offer the opportunity to explore classroom subjects further, like traveling around the world without leaving the classroom.

Why is energy density important in wearable tech?

How do manufacturers consider it in design?

Wearable batteries need to be small, thin, and have a long life. Common types include alkaline, nickel-metal-hybrid, lithium-ion, and lithium-ion polymer. New technologies are always in the works, such as textile lithium batteries that could meet the concerns of energy density, flexibility, and robustness.

If you consider the ergonomics of technologies like the laminated wearables on military uniforms, you can see why flexibility is so important. When this battery is folded in half, twisted or crumpled, it keeps its power output stable. The challenge is to build energy-dense batteries that can do exactly that.

How does energy density impact the experience?

Scientists at Stanford University tackled the issue of performance and experience by developing a soft, viable polymer that carries an electric charge between battery poles. The challenge is to keep furthering energy density in products like this as the flexible battery stores roughly half as much as a conventional battery.

Another interesting option is a soft, stretchable device that converts movement to electricity and can work in wet environments. This device uses mechanical motion and harvests it, which means that flexibility and movement improve the experience and performance. The invention could power wearables that charge without an external power source.

How does energy density impact performance?

If a battery is not energy-dense, it will not power a wearable long enough to function effectively. Consider how frustrating it would be to have to charge your smartwatch every half hour.  Many of today’s wearables use Bluetooth low energy technology but charging frequently is still a requirement.

The more that we push the envelope of what is possible for wearables, the more flexible, energy-dense technology we need to ensure that these devices work at their peak for as long as possible.

Examples of how to change energy density in wearables

Some researchers are experimenting with using nano silicon materials to replace anodes in lithium-ion batteries. This means a battery is more powerful, but it requires addressing some safety concerns. The same goes for advancements in rechargeable lithium metal batteries, which increases energy density but creates questions around safety.

How does energy density impact the battery life in wearables?

What influences how much energy a device can store?

Wearables use more battery while storing less energy as they offer more functions. Activities like heart rate monitoring and GPS tracking will require more battery power to operate, even as battery life of wearables improves. It is important to note that the size of a battery will impact the design and performance of a wearable. Often, manufacturers will choose a smaller battery with less storage ability to not compromise function or style – again, placing a premium on batteries with high energy density.

How to reduce energy consumption in wearables

Energy consumption will always be a concern and challenge with wearables. Battery life greatly impacts how often a device needs to be recharged or have the battery replaced.

The size of transistors is decreasing, which means manufacturers can fit more transistors on a chip. Power consumption goes down when this happens, and voltage can be decreased. Thus it’s possible to find energy gains through transistor technology.

Challenges that could arise with increasing energy in wearables

There are many challenges that come with increasing energy in wearables. Unless there is a way to improve energy density without increasing the physical size of the energy source, the wearable will have to grow in size as well. This impacts ergonomics of the device, potentially addressable by batteries that take a flexible and bendable form.

How to choose the right battery for your wearable product

Choosing a small but powerful, flexible, and safe battery is key. The right battery for your wearable depends on price, function, and style.

How has energy density changed over the years?

What impact has this had on wearable technology?

It is exciting to see wearables last longer, perform better, and do more in a smaller package, thanks to battery technology and energy density, clearly with more innovation to come in the years ahead.

What is the future of energy density in wearables?

Looking at prototypes of wearables of the future it is clear that improved energy density means there are fewer barriers to innovation.

As an example, smart clothing with wearable sensors built in, as mentioned in the military applications above, is a strong predictor for the future of tech. In terms of what energy density will be needed for this kind of device, it’s clear that small and flexible is key! Adding in the potential for energy harvesting makes smart clothing that much more interesting.

Another fascinating wearable technology has implications across many industry sectors, including healthcare, the military and action sports – microchips in smart contact lenses developed by Mojo.

As with any battery-powered device, tomorrow’s batteries will need to be small, flexible, powerful and safe to turn wearable dreams into reality.

How can we ensure this tech is safe and reliable?

Data and privacy are very important aspects of keeping wearable technology safe and reliable, as required by military procurement. While not everyone is using wearable tech in a sensitive environment like military operations, it’s still important to be aware of potential security breaches and protect against it.

On the physical side of safety and reliability, wearables of any kind need to be made of materials that are safe and will not cause any negative reaction. They need to be designed to resist electrical shock and avoid burning the wearer. Battery technology is a key component of these safety considerations for wearable devices.

This website may use cookies to improve your experience. Continued use of our site assumes you are OK with this, but you can opt-out if you wish.
Cookie settingsACCEPT
Manage consent

This website uses cookies to improve your experience while you navigate through the website. Out of these, the cookies that are categorized as necessary are stored on your browser as they are essential for the working of basic functionalities of the website. We also use third-party cookies that help us analyze and understand how you use this website. These cookies will be stored in your browser only with your consent. You also have the option to opt-out of these cookies. But opting out of some of these cookies may affect your browsing experience.
Necessary Always Enabled
Necessary cookies are absolutely essential for the website to function properly. These cookies ensure basic functionalities and security features of the website, anonymously.
Functional
Functional cookies help to perform certain functionalities like sharing the content of the website on social media platforms, collect feedbacks, and other third-party features.
Performance
Performance cookies are used to understand and analyze the key performance indexes of the website which helps in delivering a better user experience for the visitors.
Analytics
Analytical cookies are used to understand how visitors interact with the website. These cookies help provide information on metrics the number of visitors, bounce rate, traffic source, etc.
Advertisement
Advertisement cookies are used to provide visitors with relevant ads and marketing campaigns. These cookies track visitors across websites and collect information to provide customized ads.
Others
Other uncategorized cookies are those that are being analyzed and have not been classified into a category as yet.
SAVE & ACCEPT